That time he rescued her from the Hairy Ainu in the far north, by sheer force of personality.

And that time the pope broke wind.

When the first man was executed for jaywalking.

The last Mohican got her wings clipped. 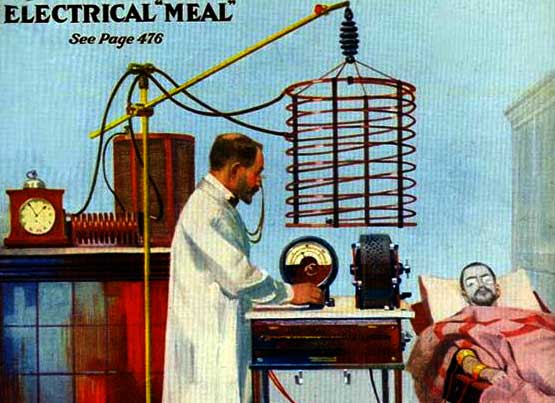 I started to feel like I was burning a lot of calories. That’s the way it seemed.

Just a hot-head, a hopped-up juggernaut of the gods almighty, one toke over the line, drunk on power, powered on drink, down the hatch and devil take the hindmost.

Don’t take Moses’ word for it, for he was a little teched. And a ways down the line, his evil god died. He didn’t die laughing, like the other gods. Had his foot in his mouth, as we say here on earth.

No crown indeed has been a higher honour than the crown of grass among the rewards for glorious deeds given by the sovereign people, lords of the earth. Jewelled crowns, golden crowns, crowns for scaling enemy ramparts or walls, or for boarding men-of-war, the civic crown for saving the life of a citizen, the triumph crown—these were instituted later than this grass crown, and all differ from it greatly, in distinction as in character. All the others have been given by individuals and personally by generals and commanders to their soldiers, or occasionally to their colleagues, or have been decreed in triumphs by a Senate freed from the anxiety of war and by a people enjoying peace; the grass crown has never been conferred except upon the leader of a forlorn hope, being voted only by the whole army and only to him who rescued it. The other crowns have been conferred by commanders, this alone on a commander by his soldiers. The same crown is called the siege crown when a whole camp has been relieved and saved from awful destruction. But if the civic crown is deemed a glorious and hallowed distinction because the life has been saved of only one and even maybe the lowliest citizen, what, pray, ought to be thought of the preservation of a whole army by the courage of one man? This crown used to be made from green grass pulled up from the site where the besieged men had been relieved by some one. For in old times it was the most solemn token of defeat for the conquered to present grass to their conquerors, for to do so meant that they withdrew from their land, from the very soil that nurtured them and even from means of burial. This custom, I know, exists even today among the Germans.

Laudator Temporis Acti — ”Thus a small badge saying ‘Please talk to me about Salvation’ usually had the effect of ensuring a peaceful time at any party, leaving one untroubled by other guests coming up to engage one in unwanted conversation. Similarly a badge saying “No longer infectious” could usually be calculated to ensure physical space, another commodity in short supply at the more popular cocktail parties.” Alexander McCall Smith, Corduroy Mansions.

Our father that art in heaven, and our mother that art in the earth, help me speak plainly now, and remain true to the lofty aim of our people. Which is, that the devil screw the hindmost, in the strict sense of the subject. Not to give airs, but also not to pretend that when Jack and Jill went up that hill, there was no more to it than a pail of water, we beseech thee (father and mother), as the direct descendants of Adam and Eve, Romeo and Juliette, and the old woman who lived in a shoe — guide us on our course.

Help us avoid mention of the smut-covered president, or of the common man, infested with bugs. The woman on the street? Keep her out of your dirty cold war. With your one good eye and half-bushel of fingers, raise the glass and pass the ammunition. We will now speak of the thermodynamics of the colored people.

Once upon a time, all the peoples was colored. That’s the way it was the old county. Then the Africans started to spread out, and in some cases, lighten up. And the people that wasn’t colored, tended to live in Iceland. After they’d been to the moon, they all got stuck in the sand.

They placed their trust in a great warrior, who had been through the bankruptcy courts, and had incited insurrections with a million dead; and she or see would clear the deck and all the frills upon it.